Last year, we released an insight that asked whether you ‘Have ‘war-gamed’ your quality and compliance system lately?’. In it, we explored some of the challenges providers face when implementing effective systems and how you can be prepared for when you need to use these. The Serious Incident Reporting Scheme (SIRS) commenced last April 2021, this insight provides some early learnings from its introduction.

Of the nearly 4500 reported notifications in just 6 weeks from 1st April to 12th May, 58% were not deemed as a Priority 1 incident. This meant that about 50% of the effort providers put in was unnecessary.

In this insight, we add commentary to the Commission’s latest SIRS report and share two case studies on how we assisted clients who acted proactively in managing incidents. The lesson learned is that by war-gaming your response, you can avoid a non-compliance. 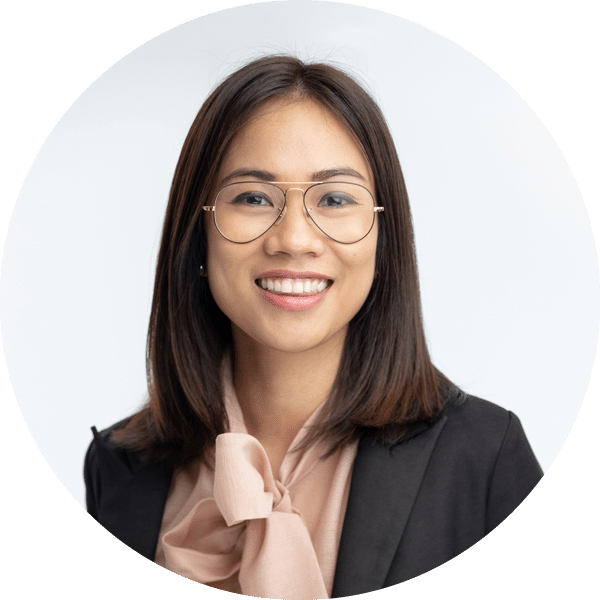 The following table is based on the Commission’s latest SIRS report for the period 1st April – 12th May:

Unreasonable use of force is the most prevalent reported incident, followed by Neglect and Unexpected death.
Reported incidents are triaged by the Commission within 24 hours. Investigations tend to commence immediately after the report has been made. In our experience, unexpected deaths receive the highest priority.
The Commission noted that many incident notifications did not need to be reported under SIRS. If you are unsure on your reporting obligations, you can review the redefined guidance material here – SIRS Decision Support Tool.

While the scheme remains in its infancy, the Commission considers over-reporting as a reporting protocol with room for improvement. In the longer term, continued over-reporting may lead the Commission to form a view that an organisation’s incident management system is ineffective. Such a view would feed into the Commission’s risk-based assessment of a provider’s compliance.

How do you ensure correct reporting?

Over-reporting is often an indicator of either gaps in a provider’s incident assessment and management system or lack of knowledge.

The Aged Care Act 1997– Quality Principles of 2014 Section 15 Part 4B specifies the requirements for an effective incident management system > These are based on three core principles:

1. Recognition – Acknowledge an incident has occurred

2. Assessment – of the resident for the impact and effects of the incident and

3. Remediation – Take appropriate action in relation to the incident and its impact.

The legislation then goes on to identify three key focus areas:

In the first instance, incidents by their nature require providers to critically self-assess the incident and impact. One framework for this might be along the lines of IIAA – Issue, Implication, Action and Accountability. This could be supplemented with a Root Cause Analysis where appropriate. You may wish to engage with an external party to ensure you obtain an independent and objective perspective of your systems and protocols.

In our experience, a common area of non-compliance is the accessibility of documented procedures to follow after an incident occurs that considers all relevant stakeholders.

We’ve seen instances where providers think that having procedures displayed around the facility and discussing matters in resident/relative meetings meets their obligations under the legislation, which unfortunately is unlikely to be enough to satisfy the Commission.

The following chart is taken from the best practice guidelines for incident management systems as published by the Commission. The Commission is very interested in items 4 through 6, as it is these actions that will prevent a recurrence of the incident. This is where objectivity is essential to achieve sustainable incident prevention and management. 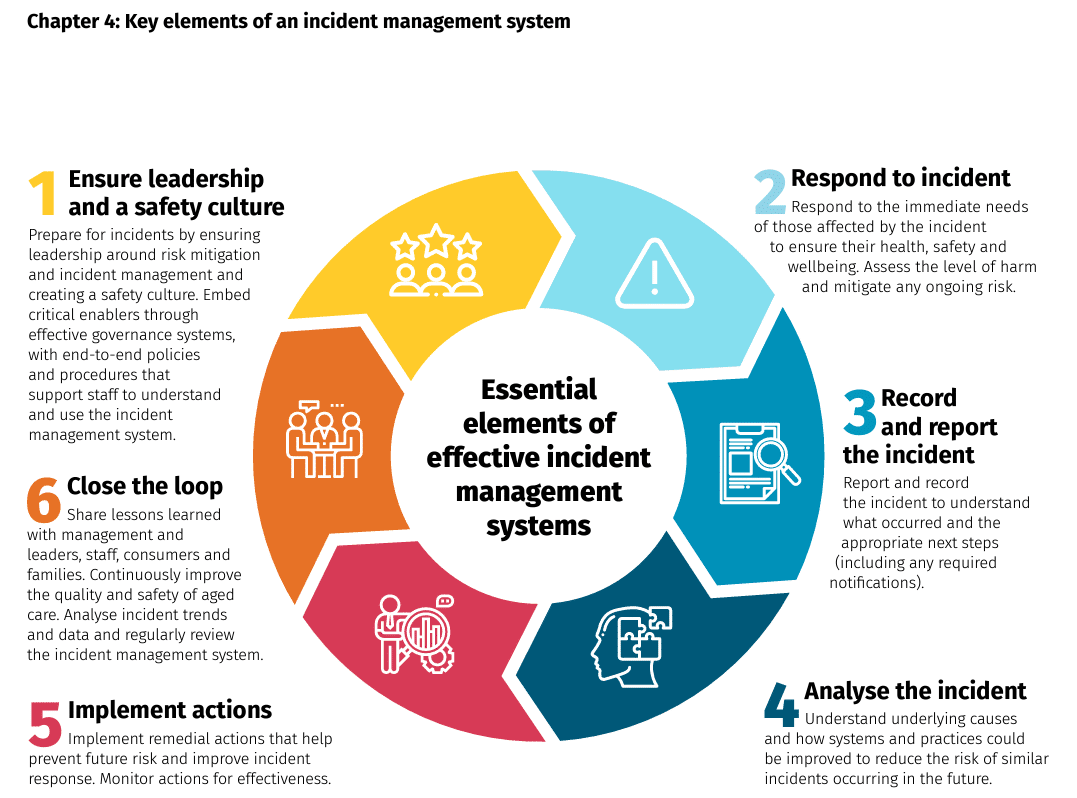 How an independent perspective can help

It is important from a compliance perspective that providers know how to achieve a successful outcome when encountered with a Serious Incident. The following case studies demonstrate how our clients have successfully responded.

Case study 1 – A well prepared organisation for a Commission Visit

A well-respected regional provider had an unfortunate event occur to two of their residents that was classified as a SIRS Priority 1 incident. The management team reported the incident within the required timeframe. They rightly anticipated that a visit from the Aged Care Quality and Safety Commission was imminent.

We were engaged to conduct an Assurance Review to provide the CEO and Board confirmation that the team was prepared for the ACQSC visit. Following the adoption of our recommendations, they were visited by the Commission who were satisfied that the procedures in place prior to the incident were appropriate and that the provider had appropriately managed the incident. On the basis of the post-incident management plan the provider implemented, the Commission agreed that no further action was warranted.

A family-owned standalone operator had a severe incident resulting in an unexpected death – a SIRS Priority 1 incident. The management team reported this incident within the required timeframe and appropriately responded to the family. The facility was issued with an Incident Management Non-compliance Notice by the Commission.

The provider initially attempted in formulating a response on their own after the negative SIRS response finding, however, they realised that external advice was claimable under their Malpractice insurance.

The provider then engaged the law firm Hall & Wilcox, who formulated the response to the Notice, and us to conduct an Independent Review of the incident. Our report included a number of recommendations for improvement which they implemented prior to responding to the Commission notice.

This approach resulted in a proactive, comprehensive, and objective analysis, implementation and closing of the loop. As a result, there was no further action sought by the Commission as they were satisfied that the service met its obligations under the Act and the provider was able to overturn the non-compliance notice.

Based on our review of what is happening on the ground and the above case studies, we recommend providers war game their Incident Management Systems to have confidence that they will be effective when you need to rely on them.

As an alternative, you may consider an external review of your quality and compliance systems as a means of providing assurance to your Board and Clinical Lead that your systems will work as intended.

If you are uncertain with how to respond to SIRS or if you have any questions, please don’t hesitate to contact us.